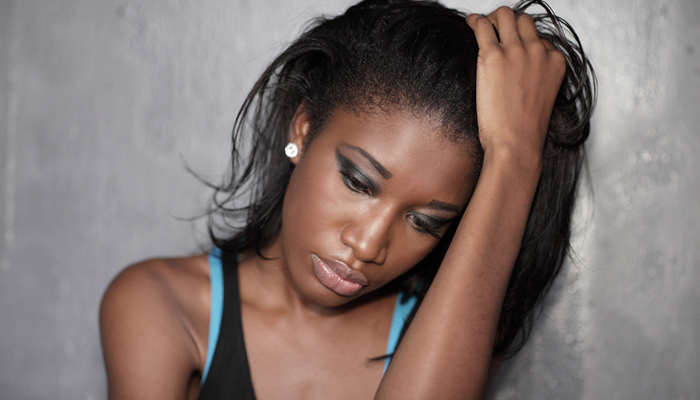 Forty-one per cent of Ghanaians have some form of mental disorders, particularly psychological distress, the Chief Executive Officer (CEO) of the Mental Health Authority, Dr Akwasi Osei, has said.

Quoting research conducted by a group of scholars from Yale University in the US and the University of Ghana, Legon, he said the loss of productivity as a result of the problem amounted to seven per cent of the country’s Gross Domestic Product ( GDP).

Dr Osei was speaking in an interview with the Daily Graphic on the sidelines of an international conference on precision in psychiatric medicine in Accra yesterday.

The conference, attended by psychiatrists and other mental health personnel from the West African sub region, was to discuss how to begin research to determine the genetic component of mental health.

Currently, in the developed world, research is far advanced on how to determine a person’s level of mental illness through blood samples and saliva.

The research is also focusing on the extent to which one’s mental illness is connected to one’s genetic make-up.

The conference, therefore, seeks to determine how Africans can begin their own research in those areas.

Dr Osei said the research report by the scholars, released in 2013, showed that mental health issues needed to be taken seriously in the country.

He said apart from the loss in GDP, mental health problems threatened security in the sense that people suffering from such problems sometimes became violent and attacked others.

Dr Osei said currently mental health issues were on the rise in Ghana due to the abuse of cannabis and alcohol.

He debunked the notion that the use of cannabis had no effect on one’s mental health and said studies over the years had shown a strong and indisputable correlation between the two.

“Cannabis distorts the ability of one’s brain to grow the way it should so one is not able to reason or judge properly,” he said, adding that many users of cannabis dropped out of school because of their inability to cope with academic work.

Turning the spotlight on the capacity of the country’s health service to handle the increasing mental health problems in the country, Dr Osei said the situation had got better.

“We now have 32 psychiatrists. We have doubled the number of psychiatric nurses that we have and the number of clinical psychologists we had has also doubled. However, it is still not good enough,” he said.

He said efforts were being made to improve the situation.

On funding for the sector, Dr Osei said it was still woefully inadequate.

He, however, expressed the hope that with the coming into effect of the Mental Health Law and a Legislative Instrument to support it, a mental health levy would be exacted from Ghanaians to provide funding for the sector.

Classicghana.com is a platform to informed visitors of News, fashion, photography, lifestyle, beauty, videos, arts & entertainment, and more.
Photojournalism is our main medium of telling news stories to our visitors.

Do You Use Music As a Sleep Aid?
Wa Central Prisons Infirmary Runs Out Of Essential Drugs
LOAD Ghana Calls For Stringent Measures To Regulate Sale Of Alcohol
What Should You Eat To Prevent Pimples/Acne
Parents Urged To Inspire Children To Brush Twice Daily
Falsified Medicines Pose Global Public Health Problems