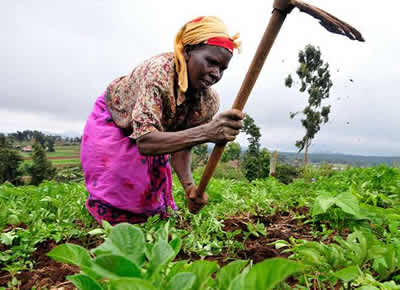 The Executive Secretary of the United Nations Economic Commission for Africa, Vera Songwe, has underlined the urgent need to prioritize agriculture, describing it as “the quintessential sector for the transformation of the African continent”.

She said she found it disappointing that Africa was yet to capitalize on the “God-given advantages as its agriculture is still the least technology-intensive”.

“It uses the lowest amounts of fertilizers and is done almost in a sentimental way,” Ms. Songwe, is quoted in a document made available to the Ghana News Agency (GNA), to have stated.

It was launched on the sidelines of the 51st session of the Commission and Conference of African Ministers of Finance, Planning and Economic Development held in Addis Ababa, Ethiopia.

The report is urging that the agricultural sector should be remodelled by raising productivity on farms, reduce harvesting and post-harvest loses, strengthen value chains and linking agriculture more effectively to the rest of the economy through downstream agro-processing, upstream manufacturing of inputs and logistics.

Ms. Songwe said it gave a comprehensive assessment of the state of Africa’s agriculture with clear pointers as to how to rapidly transform the sector to leverage the continent’s overall economic transformation and development.

It is predicated on the reality that Africa has a comparative advantage in respect of unused arable land, water resources, labour and long growing seasons.

She said agriculture must be modernized to create more jobs across value chains and thereby raise income levels, reduce poverty and improve the trade balance of the countries.

Mainstreaming gender equity and paying attention to the environment and the response to climate change were also critical.

Dr. Amoako, the President of ACET, which produced the report, was thankful to the current ECA Executive Secretary for the attention she was paying to the new report.

He was full of praise for Ms. Songwe, whom he said was very deserving to have become the first woman-leader of ECA with a vision to move the Commission to greater heights.

Dr. Ken Ofori-Atta, the Finance Minister, underscored the importance of the report’s underlying theme in terms of its implications for agricultural transformation and diversification in Ghana and across Africa.