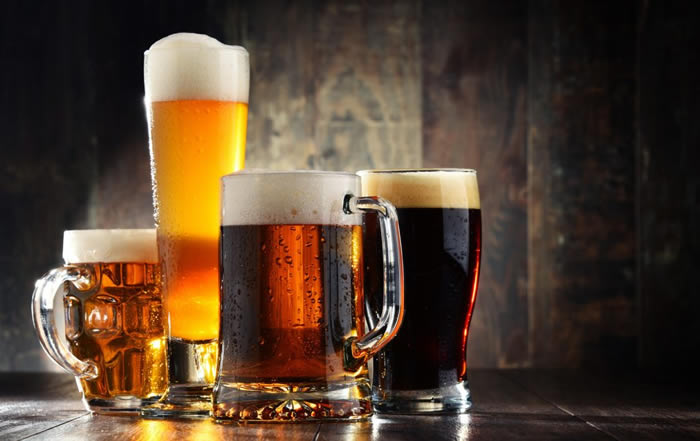 With marijuana legalization on the rise, an increasing number of studies are exploring the drug’s potential harms and benefits.

However, a new study suggests that when it comes to brain health, alcohol is more damaging.

Scientists at the University of Colorado Boulder conducted a review of existing imaging data that looked at the effects of alcohol and marijuana, or cannabis, on the brain.

Their findings linked alcohol consumption with long-term changes to the structure of white matter and gray matter in the brain.

The use of marijuana, however, seemed to have no significant long-term effects on brain structure.

Study leader Rachel Thayer, of the Department of Psychology and Neuroscience at the University of Colorado Boulder, and colleagues recently reported their results in the journal Addiction.

It is estimated that around 22.2 million people in the United States have used marijuana in the past month, making it “the most commonly used illicit drug” in the country.

Across the U.S., however, it is increasingly becoming legalized for both medicinal and recreational purposes. As a result of this changing legislation, researchers have been trying to find out more about how marijuana may benefit health, as well as the damage that it could cause.

Last year, for example, Medical News Today reported on a study linking marijuana use to a greater risk of psychosis in teenagers, while another study claimed that the drug is “worse than cigarettes” for cardiovascular health.

On the other side of the coin, researchers have found that cannabinoids — which are the active compounds in marijuana — could help to prevent migraine, and a more recent study linked marijuana use to an increased sex drive.

Marijuana vs. alcohol: which is worse?

For this latest study, Thayer and colleagues sought to learn more about how marijuana use affects the brain.

Study co-author Kent Hutchison, also of the Department of Psychology and Neuroscience, notes that to date, studies that have investigated this association have produced mixed results.

“The point is that there’s no consistency across all of these studies in terms of the actual brain structures.”

With the aim of closing the gap on this inconsistency, the researchers conducted a new analysis on existing brain imaging data. They looked at how marijuana use affects white matter and gray matter in the brain, and how its effects compare with another “drug” that we have become so accustomed to: alcohol.

Gray matter is the tissue on the brain’s surface that primarily consists of nerve cell bodies. White matter is the deeper brain tissue that contains myelinated nerve fibers, which are branches protruding from nerve cells that transmit electrical impulses to other cells and tissues.

The team notes that any reduction in the size of white or gray matter or a loss in their integrity can lead to impairments in brain functioning.

“With alcohol, we’ve known it’s bad for the brain for decades,” notes Hutchison. “But for cannabis, we know so little.”

Marijuana use had no impact

The study included the brain images of 853 adults who were aged between 18 and 55 years and 439 teenagers between the ages of 14 and 18. All participants varied in their use of alcohol and marijuana.

The researchers found that alcohol use — particularly in adults who had been drinking for many years — was associated with a reduction in gray matter volume, as well as a reduction in the integrity of white matter.

Marijuana use, however, appeared to have no impact on the structure of gray or white matter in either teenagers or adults.

Based on these findings, the researchers believe that drinking alcohol is likely to be much more harmful to brain health than using marijuana.

When it comes to the possible benefits of marijuana use, however, Thayer and her team note that the jury is still out, and further research is needed to reach some conclusions.