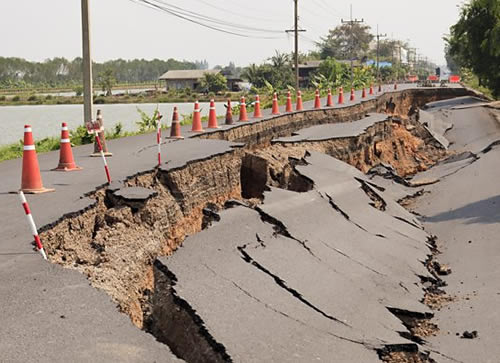 Another earth tremor on Sunday, January 13, hit Weija and its surrounding areas, a little over a month after a similar one hit the area on December 9, 2018.

Mr Nicholas Opoku, the Senior Seismologist at the Ghana Geological Services Department (GGSD), told the Ghana News Agency that the epic centre of the tremor, which measured 2.6 on the Richter scale, was estimated to be within Weija.

He cautioned that whilst this tremor, like the one that immediately preceded it, was a small one and not at all major, the fact that such earth tremors were happening closely after each other meant a major one was definitely on the way.

Mr Opoku, however, said it was not possible to determine when the major one would happen because of the dynamics of earth quakes and their causes.

He said the most important thing now was to ensure that all measures that would ensure as much safety as possible during a major earthquake were taken.

Mr Opoku urged estate developers to consult geologist on their chosen sites and also abide by the rules and regulations on standard building procedures.

Professor Alex Dodoo, the Director General of the Ghana Standards Authority, recently called on property owners and institutions to have their buildings tested for conformity to Ghana’s Building Code before any major earth quake.

“Poorly constructed buildings are more likely to collapse during an earth quake,” he said.

The most recent major earth quake in Accra, which happened in 1939, was reported to have killed more than 10 people and injured many others with extensive damage to property.