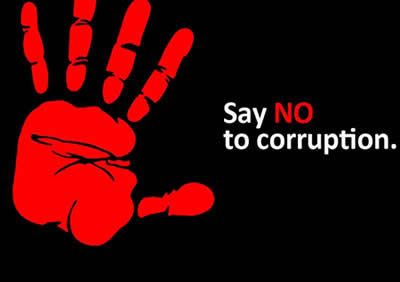 Mrs Mary Addah, the Programmes Manager of the Ghana Integrity Initiative, the local chapter of the Transparency International, has entreated African leaders to show stronger political will by instituting robust legal framework to proactively deal with corruption.

She asked African leaders to establish strong institutions with the requisite human and financial resources, as well as ensuring that those institutions have independence to function appropriately, instead of paying lip service to the fight against corruption.

This, she said, would ensure that the African Union’s (AU) Convention on Preventing and Combating Corruption would become a reality.

Mrs Addah said this in an interview with the Ghana News Agency in Accra on the occasion of the AU Day being held on the theme: “Winning the fight against corruption: a sustainable path to Africa’s Transformation”.

She emphasised the need for African leaders to establish the needed structures and motivation for victims of corruption to report their ordeals to appropriate anti-corruption agencies so that the nation would make the headway.

The AU Day, formerly African Freedom Day or African Liberation Day, is the annual commemoration of the foundation of the Organisation of African Unity (OAU) now known as the African Union established on May25, 1963.

It is also set aside to remember the founding fathers of Africa and is often observed as a public holiday across the Continent.

The 25th of May every year is set aside as the AU Day to think about the onward movement and progress of the African Continent and free themselves from foreign domination and exploitation and ensure economic independence.

Mrs Addah said Ghana, for instance, was on the verge of passing the Witness Protection and Right to Information Bills into law, which would aid in combating corruption.

She urged other African countries to emulate the path taken by the country in order to minimise, if not completely eradicating corruption on the continent.

Mrs Addah urged the media and civil society organisations (CSOs) to sustain the fight against corruption by investigating corruption allegations as well as engaging and sensitising the public on corrupt practices.

Mr Vitus Azeem, an anti-corruption campaigner, on his part, said most African leaders were filled with greed to amass wealth and perpetuate themselves in power, adding that the time was ripe for them to institute the necessary legal framework to deal with corruption.

He observed that although some African leaders claimed they believed in democratic ideals, however, they used subtle ways to change their constitutions and perpetuate themselves in power, while others discreetly stole public funds and invested them in mansions and other businesses outside their home countries.

Mr Azeem said: “If you’re talking about winning the fight corruption, then it must start from the African leaders themselves so that the people will look up to them”.

He also encouraged CSOs and the media to continue creating awareness about the defects of corruption, saying; ‘‘let the people understand that corruption is harmful to themselves as individuals, the country and the economy and the need to report corruption to the appropriate institutions and resist it as well”.

Mr Azeem said when the citizens worked together to fight corruption, the leaders would be compelled to act on corruption allegations.

The year 2018 has been declared as the African Year of Anti-corruption.

The AU’s mission is to create an integrated, prosperous and peaceful Africa aimed at ensuring a dynamic force in the global arena.

With efforts to speed up the socio-economic transformation of Africa, the African leaders, in 2013, came up with the AU Strategic Framework for Inclusive Growth and Sustainable Development known as the AU Agenda 2063.

To that end, 44 out of the 55 African countries signed up the African Continental Free Trade Area (ACFTA) agreement in Kigali, Rwanda, earlier this year, to boost Africa’s common market and accelerate socio-economic development.