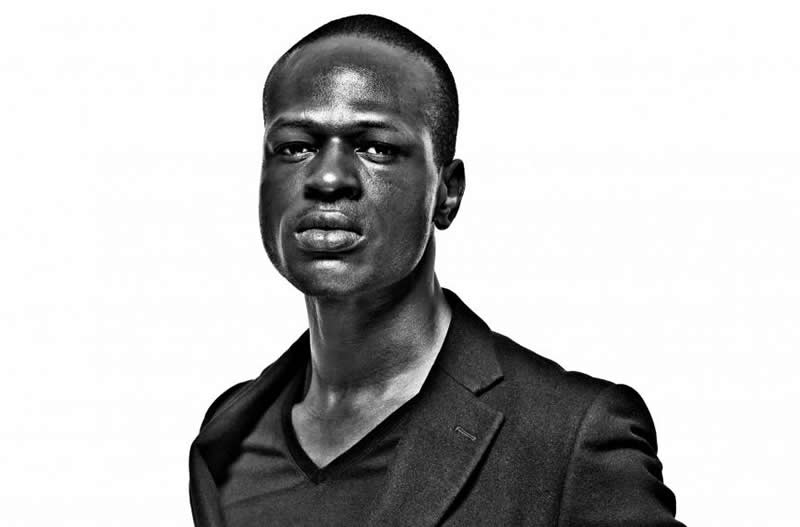 Imane Ayissi is the first sub-Saharan designer to show in the élite Paris haute couture week. Not only is he joining fashion’s crème de la crème, the Cameroonian couturier is shaking up the stereotype of African materials by refusing to use wax prints which he dismisses as “colonial”.

The 51-year-old former dancer dreams of “opening up a new path for Africa” in an “alternative way of doing luxury fashion”.

Highly colourful wax cotton prints flooded West Africa after Dutch mills began turning out millions of rolls of the material with patterns borrowed from Indonesian batik in the 19th century.

“When we talk about African fashion it’s always wax, which is a real pity, because its killing our own African heritage,” says Ayissi.

“We only started wearing wax during the colonial era. Africa has more to show for itself than that — and the whole world needs to know it,” he insists.

With his show called “Akouma” or “Wealth”, Ayissi has created a debut collection that nods both to the depth of indigenous African know-how and the fact that haute couture is also preserve of the ultra rich.

A collection drawing on African techniques and materials

While every piece is painstakingly handmade, as haute couture demands, the designer has had recourse to African materials and techniques rarely if ever seen on the Paris catwalk.

Strip fabric kente woven by the Akan people of Ghana and Côte d’Ivoire, which was originally worn only by nobles, has been transformed into elegant evening wear, with spectacular dresses decorated with obom, the bark of a tropical tree.

Ayissi has also played with African luxury tropes by using a Cameroonian tie-dye technique “which is expensive and slow to do” called “Mon mari est capable” (roughly translated as “My husband can handle it”), which is all about showing you how deep your pockets are.

Like his late father, Jean-Baptiste Ayissi Ntsama — who founded his own political party after quitting the boxing ring as undefeated continental champion — Ayissi wants to become a fighter for African talent.

A childhood at the crossroads of many influences

His childhood home was a crossroads of many worlds: politics and boxing from his father and fashion from his mother, a former Miss Cameroon.

“Within the family we had boxing and dancing clans, and a bit of modelling too, and mother loved all that,” the designer says.

“I did a bit of boxing — it was obligatory, it was the family tradition after all — then I started to dance.”

Dancing with the stars

His dance career mixed ballet, modern dance and pop, including performances in videos for superstars Sting and Seal as well as touring with French tennis star-turned-singer Yannick Noah.

But it was his parallel career as a striking Paris runway model that really reignited his passion for fashion.

He staged his first Paris fashion show in 1993 “for his friends” with some 200 dresses, of which “only one or two” really worked, he remembers with a laugh.

He has come a long way since, with his last collection, which helped get him in the door of the extremely select haute couture club, centred on ecological concerns.