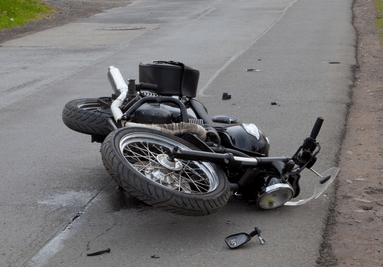 The number of motor riders who died in road accidents across Ghana increased from 200 cases in 2010 to 400 incidents in 2017, the National Road Safety Commission data indicates.

This represents a rise of 100 per cent in the number of deaths which occurred in seven years.

The data shows that commercial motor riders (okada riders) consisted of about 25 per cent of the total incidents recorded within the period.

The Deputy Minister of Transport, Mr Daniel Nii Kwartei Titus-Glover, has therefore observed that players in the industry need to forge a strong solution to address the situation.

“I am urging the Inspector General of Police (IGP) to consider placing a ban on the riding of motorcycles by 9 pm in the country,” the Deputy Minister said at a regional consultation on motorcycle use for commercial purposes on Tuesday, March 26 in Accra.

The Deputy Minister also said introducing such a ban is necessary for the fight against crime.

He explained that the use of motorcycles is contributing to the increase of crime in the country as crime perpetrators use it as their get-away tool.

“The statistics showed that the age profile of these riders are between 18-37 and 70% of them are males, losing these lives will affect the productivity of the country” he added.

He later hinted that most of the provisions stated in the road traffic regulation passed in July 2012 have been adhered to even though the law enforcement agencies still face some challenges.

Section 128 (1) of the Road Traffic Regulations, 2012 (Legislative Instrument 2180), states: “The licensing authority shall not register a motorcycle to carry a fare-paying passenger.”

The use of motorcycles for commercial purposes in the country has increased, particularly in the Greater Accra Region, a resultant of the failure by the police to enforce the law.

Mr Glover disclosed that the Ministry of Transport will not relent in their fight to minimise the levels of motor and car crashes on our streets.

The Director in charge of Planning and Programming at the National Road Safety Commission (NRSC), Ing. David OsafoAdonteng disclosed to the media that 411 deaths have been recorded from January-February this year out if which 108 are crushes from motorcycles.

He later indicated that consultative meetings will later be organised in the remaining 15 regions of the country.