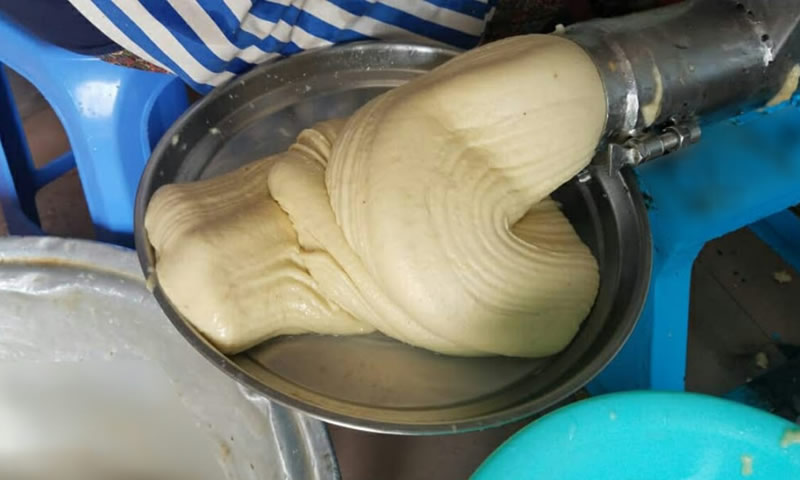 It has emerged that most Fufu pounding machines, pepper grinding machines as well as frozen chicken are contaminated with salmonella.

A research conducted by scientists at the Biotechnology of the Faculty of Agriculture of the University for Development Studies (UDS) indicates that several food vendors in the Tamale Metropolis have their food contaminated with salmonella.

This is according to results coming on the back of tests conducted on food samples and other cooking aids such as fufu pounding machines. The results of the tests suggest that the food samples were contaminated with salmonella.

Speaking in an interview monitored by ABC News, Dr. Courage Saba said ”We went ahead to sample the fufu making machines that we have now. We got salmonella from them and we also realised that they don’t clean them very well,” he said.

”We also got salmonella from samples we took from pepper sauce used to serve kenkey. Apart from that, we also sampled frozen chicken and we had salmonella in them as well. People are being infected with this salmonella but they may not know,” Dr. Saba added.