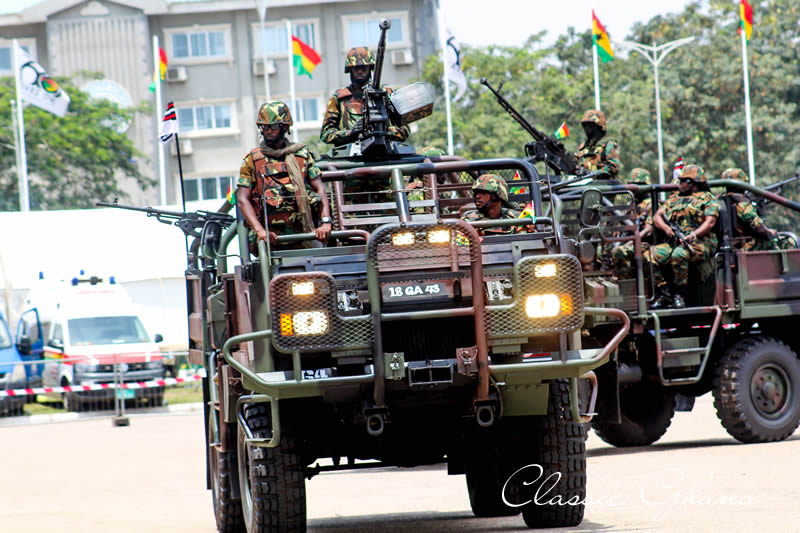 Mr Dominic Aduna Bingab Nitiwul, the Defence Minister-designate, says efforts was underway to establish military bases in each of the 16 regions to ensure prompt response to any terrorist attacks or external aggression.

Mr Nitiwul, also member of Parliament for Bimbilla, and former Defence Minister, made the disclosure during his vetting by the Parliament’s Appointments Committee, in Accra on Thursday.
The Minister-designate gave the assurance that the Government was committed to defending and protecting the exclusive economic zone and territorial sovereignty of Ghana.
Mr Nitiwul further explained that there use to be seven military bases when the nation had 10 regions, however, since the regions were increased to 16, it became imperative to establish military bases in each of the 16 regions.
“We have put military presence in all the regions but we intend to make it permanent by establishing military bases to allow soldiers to support the police in keeping law and order,” he emphasised.
The Minister-designate added that the government intended to establish 15 Forward Operating Bases in the northern part of the country to help in combating terrorism.
“To help fight against terrorism in the country, we have been pitching bases across the borders to ensure that Ghana is safe.
“The plan is very far advanced to ensure that we have minimum 15 bases across the Northern Region to ensure that we are all safe,”Mr Nitiwul assured.
Answering questions on the role of the military in the galamsey fight, Minister-designate said soldiers helped immensely in minimising the destruction of forest and water bodies through illegal small- scale mining.
However, he said, upon assessing the gains made so far following the deployment of soldiers under “Operation Calm Life” in 2019, issued a directive on 31st December 2020, to withdraw them.
The Ministry, however, allowed soldiers to provide security to only two large-scale mining firms (AngloGold Limited in Obuasi and Azuma Mining Company in the northern part of the country) after it signed a memorandum of understanding with them.
The Minister-designate noted that some soldiers who were found of wrongdoing during the Operation Calm Life were disciplined, with some dismissed, while others demoted in rank.
Responding to shooting incidents during the 2020 Elections, Mr Nitiwul said no soldier has been indicted for violent conduct or shooting anyone during the elections, adding that investigation was still underway and should any soldier be found culpable of unprofessional conduct he/she would be sanctioned accordingly.
Source: GNA