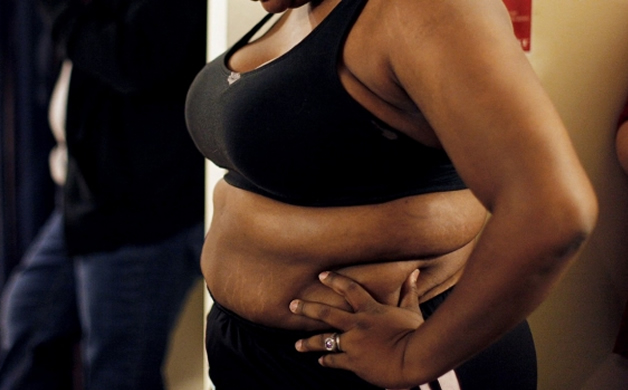 Obesity is seldom a friend to health, but in one medical context it might give patients a slight advantage, new research suggests.

Specifically, when Australian researchers looked at trials of atezolizumab, an immune system-based treatment for lung cancer, they found that the drug worked better in people who were overweight.

The trial involved more than 2,100 people with the most common form of lung tumours, non-small cell lung cancer. About half of the participants were normal weight, about one-third were overweight and 7 per cent were obese. About two-thirds of patients received the newer drug, atezolizumab, while the remaining third got an older drug, docetaxel.

The researchers found that obesity — a body mass index of 30 or above — “was associated with significantly improved overall survival in patients treated with atezolizumab, but not in those who received docetaxel.”

What’s more, there seemed to be a “linear relationship.” As bodyweight rose in patients taking atezolizumab, so too did their odds for survival. The study was led by Dr. Ganessan Kichenadasse, a medical oncology researcher at the Flinders Center for Innovation in Cancer.

“This is an interesting outcome and it raises the potential to investigate further with other cancers and other anti-cancer drugs,” Kichenadasse said in a Flinders University news release. “While our study only looked at baseline and during treatment, we believe it warrants more studies into the potentially protective role of high BMI in other cancer treatments.”

One U.S. expert in weight and health said it’s another example of the “obesity paradox.”

The finding is certainly no reason to get comfortable with overweight or obesity, said Dr. Mitchell Roslin, chief of obesity surgery at Lenox Hill Hospital in New York City.

“Overall, we know that obesity decreases life expectancy, and increases risk and compromises treatment for many cancers,” he noted. “However, we have always known of an obesity paradox — for example, that those with mild obesity are more likely to survive a chronic infection such as tuberculosis and even organ failure.”

Roslin said the new finding on lung cancer treatment is “interesting” and there are a few possible explanations.

“One possibility is that those with low BMI have a higher incidence of cancer cachexia [weakness and wasting of the body] when they start treatment or are already more compromised,” he explained.

“Another possibility is that the tumours in heavier individuals are mildly different and more likely to respond,” Roslin reasoned, or there “is a true protective effect from obesity.”

However, staying fit and trim is still your best defense against an early grave, he said.

“You are best being at a reasonable weight and active,” Roslin advised. “Many studies have shown that BMIs of 25 to 28 have potential highest life expectancy when combined with physical activity.”

The new study was published online on December 26, 2019 in JAMA Oncology.